From my book, Human matter, Society

Man is born free as an animal. Yet he consigns his life to slavery: socially, collectively, and on an individual voluntary level as well. We call the prison cells of our civilization work, education, welfare, honor, order, and social system, though by all appearances reality is no more than a broken, dysfunctional, unjust, and inhuman arrangement for existence. In its present form, work and its due compensation is a false, lying, and hazardous concept. Self-deception.

Man is made great by creativity and genius, which only flourishes in freedom, and is paralyzed by grunt work. Shackled and fettered people work in return for financial compensation. Free men create, since being creative is our instinct. Compensation for that effort is moral and practical, not financial. Man didn’t expect or receive wages for eight-hour work shifts while discovering the uses of fire. We stood upright without any wage or workplace, but did so out of the conscious recognition that it was more beneficial to us. Man discovered electricity and put it to use. No job descriptions and wages were received, only evolutionary advancement. Detecting vitamin C hiding in nature was not a victory of eight-hour drudgery either. What has the obligatory eight-hour graft given us so far? 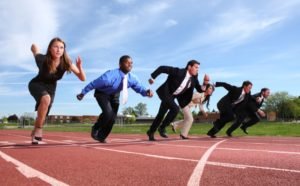 None of our evolutionary steps were achieved through eight-hour working shifts or the coerced results of institutionalized systems. All things great and wonderful were products of free human creativity and genius. There is no progress to be expected from laboring in organized eight-hour blocks in work cages, with only money in return. Money does not motivate creativity. Money motivates slavery, submission, and subordination, while suppressing creativity.

It is absurd for man, born to freedom, inventiveness and imagination, to beg for job. It is absurd that getting hired is a privilege, a luxury. It is absurd, to get in line for job. But most absurd of all is how man – voluntarily submitting himself to slavery as a victim of the system – will often enough have his application rejected on the grounds that voluntary slavery isn’t even an option for just anyone nowadays. We now have to struggle even to be allowed to become eviscerated slaves. Today, even slavery has to be merited and earned by displaying outstanding, special qualities, a degree and assorted certifications, a knowledge of several foreign languages, suitability and aptness, team-working skills, an endearingly happy smile, cheerfulness, experience, problem-solving skills, knowhow, talent, funds, and referrals. In order to become a slave you must apply for admission to the slave market – called a job application – with a fabulous résumé and beg for a buyer, go after, implore, request, beseech, prove, document and validate; you need to know how to convince, cajole and charm your buyer, sell them all your qualities, skills, motivation and ability, trade on your assets only to be chosen as one of the lucky few. At that turn you’ll have to take what you can get, endure, tolerate, bear, abide and stand just so you can earn enough to buy food and clothing and have a place to live, the bare sustenance of your life of servitude. That’s about all a slave wage will earn. A lucky portion of the world’s population will even be able to afford to go on vacation with their slave wages – twice a year, a week at a time. The rest of the year is spent slaving away day in and day out, until the following year’s allotted weeks of respite come around.

Anyone laboring forty years at a job will have, depending on their country, about eighty weeks of vacation to enjoy. This means that vacation is usually no more than four percent of that 40-year span of a working life. That’s all we get for ourselves, four percent of our lives: the rest goes to the employer. To the system.

For someone who lives to be 80, having worked from age 25, this is what life breaks down to: first they are “socialized” in a kindergarten, far removed from the family environment of real social life. Then they are in a school system regurgitating course material that is mostly useless and unnecessary, and that takes away 30 percent of one’s whole life. At 25 they stand in line for work, and if they’re lucky enough to be picked as a steady slave they can keep struggling for their survival another 40 years. By then over 80 percent of their lifetime will have elapsed. What they have left – if they’re really lucky – is ten to fifteen years of aged, cracked, stunned, dazed, tired, fatigued, ill, shoe-string pension freedom to go out and be creative, for the first time in their life. This is the system we call an advanced civilization.

The above is an excerpt from my book

Messages from Eden – The Autopsy of Existence