The best pizza place in town

Today a man stopped me in the street asking me whether I was from around here. I said I was. He then asked me where he could find a great pizza place. I had no idea what to recommend him. 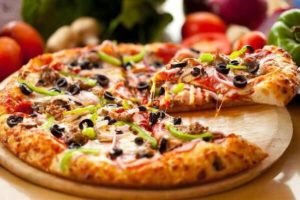 Now, obviously, eating out occasionally is a realistic possibility, but, frankly, there is a strong cultural difference here. According to my socialization, eating out is not as overrated as it is in mainstream U.S. society. In the U.S., living in your city without having visited your local museums is a venial sin, whereas living in your city without regularly visiting your local restaurants is a mortal one.

I might be cheap, overly cheap, according to average U.S. standards, but, at least, my system protects me from playing a role that I cannot afford. And this has an unquestionable advantage: I never spend more money than I actually have.