Even though most people think that dogs are more masculine, cats are more feminine animals, and, clearly, more men are related to dogs as well as more women are found among cat owners, the truth is that cats are much more masculine than dogs, and dogs are considerably more effeminate creatures than cats.

Men, due to clear evolutionary reasons, like to be providers. They like to feel that someone needs them and someone’s safety, well-being, and life depend on them. They like to be leaders and feel themselves to be followed. Contrarily, women, also through evolutionary reasons, like to feel protected, served, and cared about; what they traditionally seek in their partner is independency and efficiency rather than vulnerability and dependency. 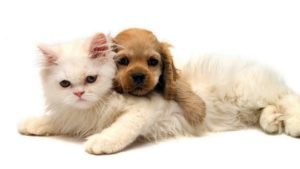 Comparing cats to dogs, it is clear that cats’ independent and unaffectionate character is more aligned with female demands than dogs’ need to follow a leader. Similarly, men find themselves in an uncomfortable evolutionary position if their pet partner doesn’t admire them with a clearly expressed need to belong, be guided, fed, petted, and cared about: and cats clearly can’t be led.

Just because more women own cats and more men keep dogs, cats won’t become more feminine than dogs. Contrarily, the fact that more women own cats indicates that cats have more masculine character traits, just like the fact that more men are attracted to dogs hints that these animals have more in common with traditional feminine character and needs.