Debate in college once again. This time, the topic is whether in a democratic society, citizens ought to be required to vote. Argument and counter-argument. People’s emotions are stirred up. They feel very fond of the topic. Deep ideologies, emphatic terms, and noble ideas fill the air of the auditorium, yet I can’t catch any of them. I find it impossible to get identified with the loftiness of democracy. He who advocates for the mandatory voting system bases his argument on history, on We, the People, and the Constitution. He who advocates for a non-mandatory solution bases his argument on the – also historical – American virtue of freedom.

Although they apparently try to persuade the audience of two opposing ideas, to me it seems that both are advocating for the same one thing: the preservation of the good old democracy. Seemingly, it doesn’t bother anyone that what they both advocate for is a long rotted dead body. 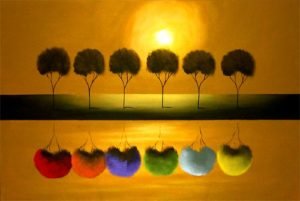 Something I am missing. Is this a college? Is this indeed an institution of fresh ideas, of a different way of thinking, of new visions, of revolutionary thought, of a better future? Or is it just an institution called to conserve and preserve dead old systems that obviously don’t work any more? Both advocates realize that people don’t vote, and while one would oblige them to vote (in their best interest), the other would simply respect their freedom to refrain from voting.

People no longer believe in politics, just as people no longer believe in Gods and their churches. Yes, there is a reason why people are turning away both from politics and churches. It is not a lack of interest, not laziness, not dumbness, not even apathy, but the realization of the fact that most of our institutions have to go. That most of our institutions intend to keep us in the past while we are spiritually ready for the future.

We evolve. Not only individually, but as a species as well. Humanity evolves, and I think that our evolution has just entered its next phase. A phase where failed institutions of the past no longer serve the individual, no longer serve the community. Humanity has just entered a stage where nation-states, democracies, churches, state-religions, state-Gods, kings, emperors, and social hierarchies must go. A stage where the individual’s role, the individual’s unique, personal-spiritual value comes to light and governs his life. A stage where kings, emperors, democratic or dictatorial, religious or prophetic leaders no longer impress the individual who has just woken from his millennia-dream of poisonous nation-state illusions, and is realizing that his existential fulfillment cannot be achieved in and through rigid, selfish political-religious systems, but is to be sought within, in one’s own spirituality, in one’s own innermost divine nature. Man is divine. Every man is God, for every human being bears the power of existence and creation, the image of God, in his human nature. When we realize this, we also realize that God can’t rule over himself. The same one divinity dwelling in all of us makes it impossible for us to govern each other, because equals cannot govern each other. Not democratically, not mandatorily, not optionally, not in any way. Only unequals can govern each other, so if we understand that we are not unequals, but equals in divinity and existence, then we must realize that no man can rule over man, nor can man lead man. All man can do is find the divine within, and live it both individually and in community.

This is the anarchy of God-Man where voting oughtn’t to be mandatory.