I find two types of “knowledge.” One is traditionally called knowledge and refers to biologically stored material information that dwells in the brain. This knowledge is cognitive or empirical in nature, and it is either developed through learning or memorization, or biologically inherited in form of instincts. It is imperfect, and it will always remain imperfect since matter (the brain) is imperfect and finite. No perfection, full understanding, full discovery, or full revelation can be ever expected of this knowledge since it has obvious material limitations and finite capacities. Furthermore, this knowledge disappears when the individual dies and the brain dissolves. Western science and a considerable number of Western philosophical directions are built and rely on this imperfect, finite, limited yet often pretentious empirical knowledge.

The other type of knowledge is traditionally called wisdom. It is spiritual in nature, but as the meaning of “spiritual” is obscure and often misunderstood, I would rather call it non-empirical or non-cognitive. Unfortunately, wisdom has been historically claimed to be the property of several Western religious schools and institutions. Continuing until today, this claim stains the correct and unbiased understanding of wisdom, and, as a result, many think about it with a suspicious Christian overtone. Wisdom, however, is not material in nature, therefore, it cannot be associated with anything that is material in nature such as religious cognitive knowledge or religious political-institutional forms. Wisdom, a unique human phenomenon that does not relate to anything material, is empirically ungraspable and scientifically unquantifiable.

The question is how to understand and how to prove that wisdom is non-material. 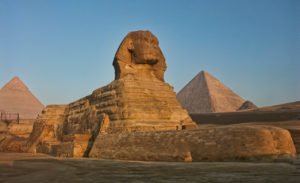 Firstly, wisdom knows what knowledge does not: wisdom sees knowledge from a “superior” position or perspective and realizes that knowledge is finite, corrupted, and limited. Knowledge does not know anything about itself. Knowledge can study about itself, it can cognitively-empirically memorize something about its biological mechanisms, therefore, it can empirically know about itself, but it is not be able to deliberately and critically reflect upon itself. There can be built some empirical knowledge about the brain within the brain, and it might seem as if the brain knows about itself, but the truth is that this sort of information is not qualitative in nature. Knowledge cannot evaluate itself detached from itself, independently from itself, from the “outside.” Knowledge cannot step out of itself in a self-critical or logical fashion to qualitatively judge itself.

Secondly, unlike many want to believe, knowledge is not related to logic. It is logical to pass our collective empirical knowledge from one generation to the next by writing down and teach to one another what we learned and what we know, but this logical act is not empirical in nature. Knowledge does not think, does not react, does not conclude, does not expand on, does not interpret. It is a simple biological barrel of neural information, a pocket of biological instructions and codes, that cannot logically manipulate or employ the information it contains. It can recall information, it can use information for strictly biological purposes, but it cannot carry out any sophisticated mathematical or logical procedure on the information that it stores. To work with that information, we need logic, the ability to critically shape, manipulate, analyze, and conclude. This astonishing freedom or ability is not within the closed-circuit barrel-system of neural information-collections. Those collections are blind, dark systems of neurons tightly closed into a biological organ doomed to expiry. The astonishing human capability of logic, the power to freely and creatively work with the content of these blind biological barrel-systems, the ability to convert neural information into a living humanity, kindness, human sophistication, forgiveness, art, fulfillment, love, selflessness, hope, or altruism, is a force that must operate on the barrel’s content from the outside, from a higher position or perspective. It also has to be superior than the barrel since the barrel is not self-regulating in terms of logic.

Thirdly, the natural world around us proves that every living being, even though exposed to the formative and self-preserving tendencies of evolution, with the exception of man, remains a self-closed barrel incapable of stepping out of its own system and approaching itself critically. The ability of self-criticism is only characteristic of man, and represents the core of wisdom. I critically know about my own biological system (material knowledge) that it is finite and imperfect, yet I relentlessly seek infinite and perfect dimensions. Since these dimensions cannot be found nor can they be logically derived from the natural world or from anything material, their presence in mankind indicates the capability of non-material wisdom. Only man knows that he could know more, and only man is able to criticize himself or his own kind. No plant, no mineral, no animal would ever be able to step out of itself, out of its closed system, and asses, evaluate, or criticize itself from the outside, with a critical-logical approach.

Finally, if self-criticism were important or at least relevant to evolutionary purposes, at least a few other species would have had to develop it. Yet none did. Why? Many would argue that self-criticism is present in nature at different levels, and they would point out that even animals correct their behavior if it does not produce the desired results, or if it is evolutionarily counterproductive. But these self-regulating and self-correcting actions are directed by biological codes and serve strictly biological purposes. I wouldn’t call them self-criticism. Self-correction aims to remain on (the same) track while self-criticism aims to find the track of perfection. In other words, the goal of biological self-correction is to keep the species alive and materially thriving, while the objective of self-criticism is to find eternity and perfection even at the expense of biological self-destruction or death. Animals, therefore, rather than stepping out of their own biological systems, remain within and center their actions around self-preserving needs. Contrarily, when man decides to fast for two days not with biological self-purging aims but for a “higher purpose,” he does step out of the needs and dimensions of his own biology and controls his whole material system from an evolutionarily uninterpretable, unnecessary, perhaps even self-destructive perspective.

Wisdom is the non-material knowledge of the limitations and imperfections of matter. It is our freedom to improve, our power to create. It is our ability to step out of our biology and achieve much more than matter could ever offer to us. It is not religious but immaterial and can be understood only by humans. No animal, plant, or mineral could ever perceive and interpret subtle signs of deliberate human kindness or altruism, just like no animal, plant, or mineral could ever grow capable of self-criticism. Wisdom, in other words, is self-awareness.