The map of afterlife

If I were to ask a representative sample of all peoples of the world about their beliefs concerning the afterworld, they would most likely give me an answer based on their religious convictions. Consequently, if then I were to draw a map of the answers, a fairly clear geographical distribution of otherworldly beliefs would emerge on the paper. Roughly, it would appear that what happens to people after their death depends on where exactly they live on the planet. So while most of the people in the traditionally so called Western countries would go to some sort of Christian heaven or hell, most of the people from Muslim countries would go to some sort of Islamic heaven or hell; yet others of, say, certain African tribal religions, would go to a more animistic type of heaven or hell, while many from Asia would believe in reincarnation on earth.

The bottom line is clear: What does it tell us that afterlife can be geographically mapped? 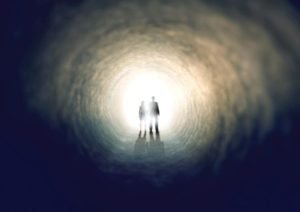 Any attempt to answer this question may take us far beyond the boundaries of this blog, but it appears that two fundamental possibilities emerge.

Option one: Afterlife is a highly personalized and subjective experience as is human fulfillment, therefore, everybody will experience afterlife according to their individual beliefs. Think about it this way: there are no two people who feel identically fulfilled or happy over the same cause but, rather, individual fulfillment is obtained by strongly subjective and differing criteria.

Option two: Afterlife is a universal experience, therefore, all of our religious ideas about it may be wrong.

Interestingly, those believing that nothing awaits us after death would experience nothing if option one is true. Fair enough.

Yet these same people would be very surprised to find out that existence continues even after their death if option two is correct. Would such a surprise be an existentially fair experience? In other words: Does “God” have a right to cause us experience whatever we do not want to? Better yet: Does “God” have the capability of making us believe what we choose not to believe?