Every religion is characterized by the presence and ultimate influence of the religion’s deity or deities. These deities or gods show different characteristics, depending on the religion’s cultural background. But despite this variety of divine characteristics and religious aspects, one common theme emerges among all religions and all gods: meaning.

Even though different gods display different characteristics and do different things, they all provide an ultimate meaning to those who believe in them. Thus, human communities whose lives are centered around and are strongly connected to nature will develop religions whose gods are associated with nature. Such gods will provide life’s ultimate meaning through nature. Similarly, human communities that are alienated from nature and are organized on the philosophical base of social power, will develop more abstract religions whose gods will provide ultimate meaning through less practical but more sophisticated and symbolic ways such as promises of afterlife rewards. The promise of an afterlife reward reaches beyond the natural world and its material needs and directs the attention towards symbolism. 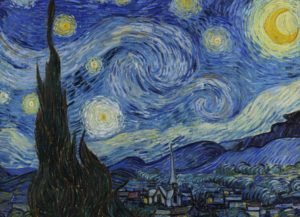 Meaning is a central element of all sorts of religions and gods. All gods are common in that they provide ultimate meaning to those who believe in them.

Meaning-seeking, however, is not a religious property. It is rather a general human attribute. Even those who do not believe in any god and do not follow any formal religion do seek meaning in their lives. Scientists who deny the existence of anything supernatural or transcendental still seek meaning and happen to find it in science. Not that their god is science, but what provides the ultimate answers, explanations, and meanings in their lives is science. For naturalistic communities, it will be their naturalistic gods that will maintain, protect, and represent nature, their lives’ ultimate force and meaning. Similarly, for Western men, it will be their Western gods with their Western promises that will provide Western meaning and Western answers.

The common theme here is meaning. Meaning, however, is related to language. Without human language, there is no seeking and formulation of meaning. Without the symbolic nature of language, we would not be able to think of any meaning in the first place. Meaning is a symbol in and of itself.

In strictly naturalistic terms, there is no meaning because nothing is symbolic but everything that exists or happens is related to a concrete, exact chain of actions. In animal communication, there are no abstract elements. Everything is concrete as nothing intends to convey any symbolic message. Everything is what it is, and everything is expressed through the clearest and simplest communicational tools that are available to each species depending on their biology and anatomy.

Lacking language, animals lack religions, too. They lack arts, they lack mathematics, they lack past and future, as all of these things are obtained only through language. If I cannot think of and say yesterday or tomorrow, there is no yesterday or tomorrow for me. If I cannot say meaning, deity, ultimate, answer, or question, then there is no meaning, deity, ultimate, answer, or question to me. If I cannot say I, then I have no identity. I may biologically be aware of my here-being but that here-being will not be characterized by anything else besides my biological needs and principles.

Should animals have a language, they would have religions. Cats would most likely have cat deities with cat selves just like humans have human deities with mostly human selves and attributes. After all, our gods seem to engage only in activities that are relevant to us: creating us, protecting us, leading us, waiting for us, loving us. It seems as if our gods’ existence would evolve around us. We don’t mind whether our gods have a life without us. We automatically assume that our gods exist for us. But this is beyond the point now.

What matters is this question: Would we have gods should we lack human language?

If we are abstract beings in the first place, then we were determined to develop language and express our abstract nature in this non-abstract world. However, if we are non-abstract beings, but we developed the capability for limitless thought through linguistic abstraction and symbolism, then our gods and religions are only a byproduct of our linguistic capability for abstract thought.

The question resembles the chicken-egg paradox. Which was first? Human abstraction that manifested itself through language, or language that made us abstract thinkers. If abstraction was first, then what is it and from where do we bring it into this world? If human abstraction is a byproduct of language, then why haven’t other species developed linguistic capabilities?

In any case, gods are meaning, religions are meaning, human lives are meaning-seeking, and we are the only species seeking meaning. Meaning, however, is unimaginable without language. I don’t know where this will take us.