Some truly believe and are firmly convinced that their religion is the only true religion in the world. Catholics (and Christians in general) are particularly prone to take such approach, and think that Jesus Christ, based on the irrefutable evidence of the Bible, is the only true God who came to the world and revealed his nature to man.

There is, however, a question that these people ignore to ask themselves, and that question goes back far before the birth of Jesus Christ. Actually, it goes back to creation. Let’s assume, as Christians claim, that God created the world. He created it big enough so that people living on this planet can live very far from each other, so far that certain people may never even hear about other people’s existence. So God created a huge space where people live far from each other, and the groups of people that live far from each other develop very different cultures. God knew that this would happen, and he also knew that Jesus Christ would not be born everywhere and in every single culture of the world, only in one very particular place (Israel) within one very particular culture (Jewish). 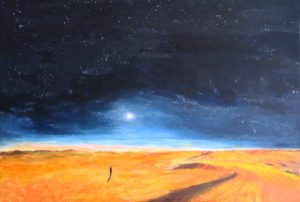 If your answers are no, then you may ask yourself whether your Christianity is not a mere cultural accident. And you may also want to ask yourself why, being a Christian, you are entitled to have a more genuine access to God than those who – accidentally, and according to God’s plan of creation – were born in a different geographical place, into a different culture, or in a different historical time when Christianity did not even exist. What makes you this special? And if your God made you this special, while making others less special, less fortunate, less entitled, and less involved, is he being just and fair? Isn’t he favoring some while discriminating against others?

Do not even try to find any answers, because there is no answer to these questions. The questions are wrong.

Here are the right questions: Can access to God be limited by cultural, historical, or geographical factors? Can God be unjust at all?

If your answers are no, then you are claiming that Christianity is not the only one true religion, not even the only one genuine face of God. You are claiming that Christianity may help you – within your culture, geographical position, and historical time – practice selflessness and altruistic love, but it is not the only way to see the true nature of God. You are also claiming that Jesus Christ is not God. He cannot be, because if – as Christianity believes – Jesus brought the revelation of God into the world, all those excluded from Christianity – due to reasons of culture, geography, or historical time – are deprived of the opportunity to know God. Consider also that if you believe that God created this world, then culture, geography, and historical time are all God’s own idea, ideas and solutions that hinder man from accessing to God. But since this would be an obvious injustice, which is incompatible with the nature of God, we cannot even claim that God created this universe.

Seeing this universe as the entirety of existence means that we try to force infinity into finiteness, God into matter, timelessness into time, and spacelessness into space. Seeing God historically acting, sending, showing, telling, asking, watching, speaking, inspiring, suggesting, commanding, intervening, means that we force (the idea of) God into a time-space-confined finiteness, and expect him to become and behave as a human. To expect God in Jesus is to expect infinity in finiteness. I’m afraid the divinity (God) does not have the ability to materialize itself because by doing so it would lose its very nature, and essence of divinity.

Jesus indeed told us how to behave so that we find God, and experience the divine fulfillment. But remember that besides Jesus, many other people did so as well. Jesus was not the only master who told us how to be good, how to love, how to lose our own self, and prioritize others’. He was one of the many who taught us about the nature of the divine, but this won’t make him God himself. Divinity cannot become matter because matter is finiteness, while divinity is infinity. Matter is imperfection while divinity is perfection.

But what is matter then? And where does it come from?